WASHINGTON, D.C. – Today, Campaign for Accountability released a new report detailing Google’s support for Hillary Clinton. Google executives and employees bet heavily on a Clinton victory, hoping to extend the company’s influence on the Obama White House. An in-depth examination of the company’s efforts to extend that special relationship into the next administration reveal what might be expected from Google for the incoming Trump administration.

The new report documents how Google’s executives and employees employed a variety of strategies to elect Hillary Clinton and defeat Donald Trump. Google permeated Clinton’s sphere of influence on a broad scale, rivaling the influence it exerted over the Obama administration. A review found at least 57 people were affiliated with both Clinton—in her presidential campaign, in her State Department, at her family foundation—and with Google or related entities. In addition, 10 people who worked under Clinton at the State Department later joined the New America Foundation, a Google-friendly think tank where Google’s Eric Schmidt served as chairman and was one of its top donors. 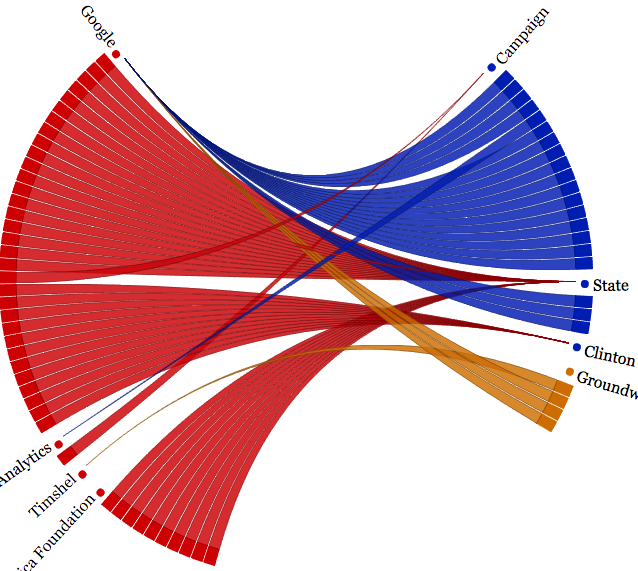 Having failed to back the wining presidential candidate, Google is now seeking to soften its opposition to Trump. Schmidt congratulated Trump following his win, calling it an “amazing story.” He also praised Trump-backer Peter Thiel, calling himself a fan of the Silicon Valley investor and entrepreneur.  Google’s playbook with Clinton reveals how the company most likely will seek to influence the new administration.